CANNABIS CULTURE – “It is well understood that people with schizophrenia should not take large dosages of psychedelics because it is destabilizing,” says Mark Haden, Executive Director of the Multidisciplinary Association for Psychedelic Studies (MAPS) in Canada.  “But we don’t know the effect of small dosages and how that can impact them.”

The future of psychosis treatment took a new turn when Haden met a young man named “John Doe,” who had experience in microdosing for his psychosis.   Several years ago, Doe had reached out to MAPS looking to tell a fascinating story.  The email made its way to Haden, and the two decided to meet for lunch.  Doe began to tell Haden about his harrowing journey, discussing his extensive battle with schizophrenia throughout his teens and young adult life, the extreme anguish of dealing with negative voices in his head every day, and the failure of traditional medications and intoxicants to improve his symptoms.

Doe told Haden, “Everything was always my fault, and the blame was always 100% on me. I was seriously flawed, and the voices pointed this out to me all day. I had no way to escape them, and they were getting stronger and darker.”  But Doe appeared to have found a solution to his mental ailments through his ultimate discovery of the role that microdosing psychedelics could play in his mental health, and in this, he had captivated Haden’s attention. 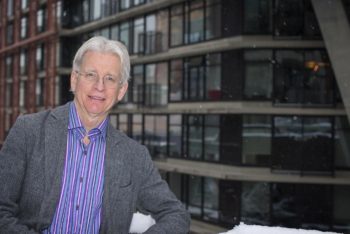 It was obvious that there were major improvements that could be made to how psychosis patients were managed, but as psychedelics were considered counterproductive and not a focus of research.  Almost all researchers and medical professionals would agree that psychedelics and cannabis can be problematic for patients who have been diagnosed with a psychosis, such as schizophrenia.  In fact, many such individuals who did experiment with things such as mushrooms or LSD saw a recurrence of their symptoms and severe destabilization.  Most of the time, patients are diagnosed potent cocktails of tranquilizing medications, which are beneficial for the staff at mental health facilities in handling psychotic patients, but offer no real solutions to those actually suffering from these disorders.  While technically effective, it robs people of the chance to live meaningful, symptom-free lives as active members of society.

Like many professionals before him, Haden personally had experienced patients with underlying mental health problems who would have extreme psychotic reactions after taking moderate-to-large doses of these drugs, so naturally he was skeptical at first when speaking with Doe.  He says, “It was so contradictory to what I understood.  I was just intrigued.”

A few months later they met again, and Doe’s story remained very consistent.  Haden realized that there was actually very little known about the effects of small dosages.  “I decided to go into the academic literature and organized references, and I started searching, and I found 1 article that led me to believe there may be something to what he is saying, or at least that what he is saying has been documented before.”

“It was a 1956 publication of a psychiatric hospital that held social groups for people with schizophrenia, and what they observed is normally either people didn’t talk, they sat there in silence, or they would talk, but… not in reference to anything anyone else in the group was saying.  They would just say their own thing going on in their own brain. “ Haden continued, “And then they (the hospital) gave them a small dose… of LSD, and they found that people that didn’t talk started to talk, and that they started to have a conversation with each other.”

At this point Haden began to ask colleagues who worked in the mental health field whether they had patients in their case load who had ever talked about psychedelics and had positive experiences with their psychosis, and he received enough positive responses to decide that this was something needing to be further explored.  The stories were out there, so the science needed to follow. 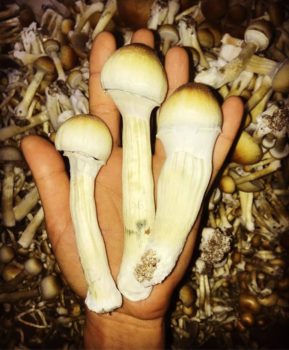 Through studying Doe and looking through these prior publications, Haden was discovering that voices schizophrenics suffered from could begin to change from negative words of self-deprecation and worthlessness to positive and constructive reinforcements through appropriately-dosed psychedelics.  MAPS Canada then worked with Doe to write and publish his autobiography, How Psychedelics Treated My Schizophrenia.   “This is a true story about my life, my trauma and how I dealt with it.  I turned my trauma into something positive by using psychedelics,” Doe explained.  “I wrote this as part of my own healing journey, with the hope that it may help improve the lives of others who have been traumatized, oppressed and controlled.  I would like to show them that there is a way out of trauma; a light at the end of what feels like a very dark tunnel.”

MAPS Canada is a legal research organization with multiple studies in the works and a goal to make cannabis and psychedelics widely available for medical access and research purposes.  They aim to internationally legalize psychedelics within the next 3-4 years.  As there is no believed cure for schizophrenia and other similar psychoses, an approach of lifelong microdosing management is required, a method that is only now beginning to really be researched and analyzed.  MAPS has begun with a 2-step plan for continuing this vital research.

Step 1 has started with Doe, by sharing his autobiography widely and telling the world that his story exists.  “This autobiography marks the first instance where someone with schizophrenia has documented, in detail, an improvement in their conditions from using (a tiny amount of) psychedelics.  This observation opens up the possibility for further research and inquiry into this area,” notes Haden.  “This is one piece of a larger puzzle, where in the future psychedelics may play a role in the development of better psychiatric services in the treatment of major mental health disorders.” 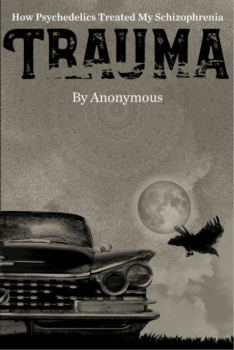 Step 2 is launching a survey on the MAPS Canada website, expected to go live in October 2020, looking into major mental health disorders and investigating the prevalence of these experiences and asking people if they have one of these disorders, if they microdose psychedelics, and if so, why?  This then allows the research team to move on to a small-scale clinical trial, and if the results show that this treatment is safe and has a positive effect on this group of people, they can then move on to comparing the usefulness of the new treatments to the currently available methods.  If this treatment works, patients like Doe need to be able to safely access psychedelics under the guidance of professionals instead of being forced to self-administer through the black market.

MAPS mission for awareness and research development can change the way the medical world approaches the treatment of psychotic disorders as well as change the lives of those suffering with them.  To make donations to support the work of MAPS in psychedelic science, you can visit https://mapscanada.org/donate/

The inspiring autobiography How Psychedelics Treated My Schizophrenia can be read in its entirety at https://mapscanada.org/schizophrenia-biography/

9 best marijuana strains of the 2020 harvest