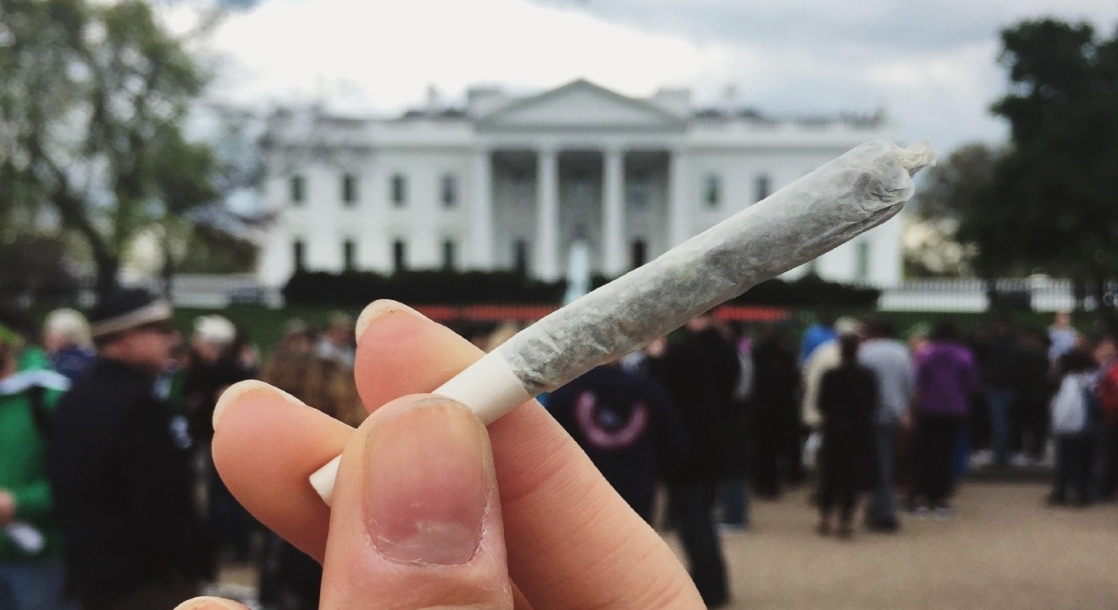 In a surprising last minute move, cannabis reform activists in Washington DC are hoping to place a measure to legalize cannabis sales on this year’s general election ballot.

DC voters already legalized low-level marijuana possession and home grows through a ballot measure in 2014, but it is still illegal to sell weed in the nation’s capital. This confusing measure has led to a “grey market” for weed sales, where entrepreneurs have launched services that offer “free” weed in exchange for a “donation.” This often looks like buying a T-shirt, a drink, or even a painting by a dog that comes with a “free” sack of weed.

Most city officials and residents are fully in favor of creating a taxed and regulated adult-use weed market, but Republican lawmakers have tacked a rider to the annual federal budget bill that specifically prevents DC from spending its own tax dollars to create such a system. Faced with these challenges, the Modern Day Cannabis Justice group (MDCJ) is hoping to allow the city’s voters to decide whether or not they support legal pot sales.

The “New Modern Day Cannabis Justice Reform Act” would legalize “the possession, to the extent possible by current law the use, sale, and purchase of cannabis and CBD products for any person over the age of 21 or older,” Marijuana Moment reports. “Where not possible the initiative will make police enforcement and prosecution the lowest priority.” The measure would also prevent police from using marijuana as an excuse to conduct searches or traffic stops, and would allow for expungements of former cannabis crimes.

The initiative would also limit all weed business licenses to individuals who have lived in the city for at least two years. “We don’t want outsiders to come in and take over our business. It’s already happened,” Lee-Carty said, noting that outside businesses already dominate the city’s medical cannabis industry. “You have a lot of out-of-state, people that come in — big money interests that come in — and they sweep up the opportunities that people in our community could have.”

Activists are hoping to get the measure onto this year’s election ballot, which will be a difficult task to say the least, considering the election is less than 90-days away at the time of this writing. The city Board of Elections will meet on September 2 to determine whether the initiative can even be approved for this year. If the board approves the proposal, the campaign must still collect 24,385 valid signatures before the deadline.

A campaign to place a psychedelics decriminalization measure on this year’s ballot struggled to collect enough signatures in time, although they did eventually succeed. MDCJ has not even started collecting signatures yet, but was able to collect 40,000 signatures on an independent petition showing support for the measure.

The campaign also faces a second major challenge: the Congressional rider blocking the city from funding a legal weed regulation framework. But, in spite of these challenges, Lee-Carty believes they will succeed.

“Our goal is to push hard and — if we have to take it to Congress, whatever levels that we have to take — to ensure that it is a different cannabis climate for the safety of the patient, for the economy, for those who… participate and want to be store owners for cannabis, we should have access just like big moneyed interests have access without being washed out,” Lee-Carty explained.

Famed Photographer Ophelia Chong returns to Into The Weeds