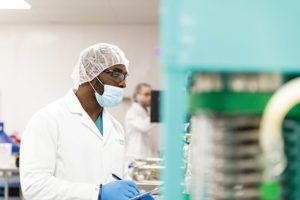 Recent recommendations by the Surgeon General of the United States that clinicians and dispensaries discourage pregnant women from using cannabis received support from a new report published in JAMA Psychiatry.

A cross-sectional analysis of 11,489 children—655 of whom had been prenatally exposed to cannabis—found increased psychopathology during middle childhood. Researchers examined data obtained from the baseline session of the ongoing longitudinal Adolescent Brain and Cognitive Development Study, which recruited children aged 9–11 from 22 US states between June 2016 and October 2018.

Participants were placed in three groups: children not prenatally exposed to cannabis; children exposed in utero before the pregnancy was known, but not after; and children exposed after the pregnancy was known. Because the receptors that cannabis interacts with are not expressed in the first five to six weeks of gestation, researchers anticipated associations with the children’s outcomes would be present only if cannabis exposure after the receptors were expressed.

The data showed children who were exposed to cannabis in the womb (regardless of when that exposure occurred) were slightly more likely to have adverse outcomes, which included: more psychotic-like experiences; higher than average problems with depression and anxiety, as well as impulsivity and attention; and social problems, as well as sleep disturbance. They also had lower cognitive performance, lower indices of global brain structure during middle childhood, and lower birth weight.

While the results are not conclusive enough to show a causal association—given other potential factors—the researchers found enough evidence to warrant further study, using experimental non-human animal models, additional replication and other approaches, and to conclude that the Surgeon General’s recommendation should be followed.

“There are certainly other plausible reasons for this pattern of results,” said postdoctoral research scholar Alexander Hatoum. He said the behaviors could be a by-product of genetic and environmental similarity and not causally related to cannabis use, but added that “prenatal cannabis exposure may independently contribute, in a small way, to child outcomes.”

The study follows on the heels of another recent study connecting cannabis use during pregnancy with autism in children.