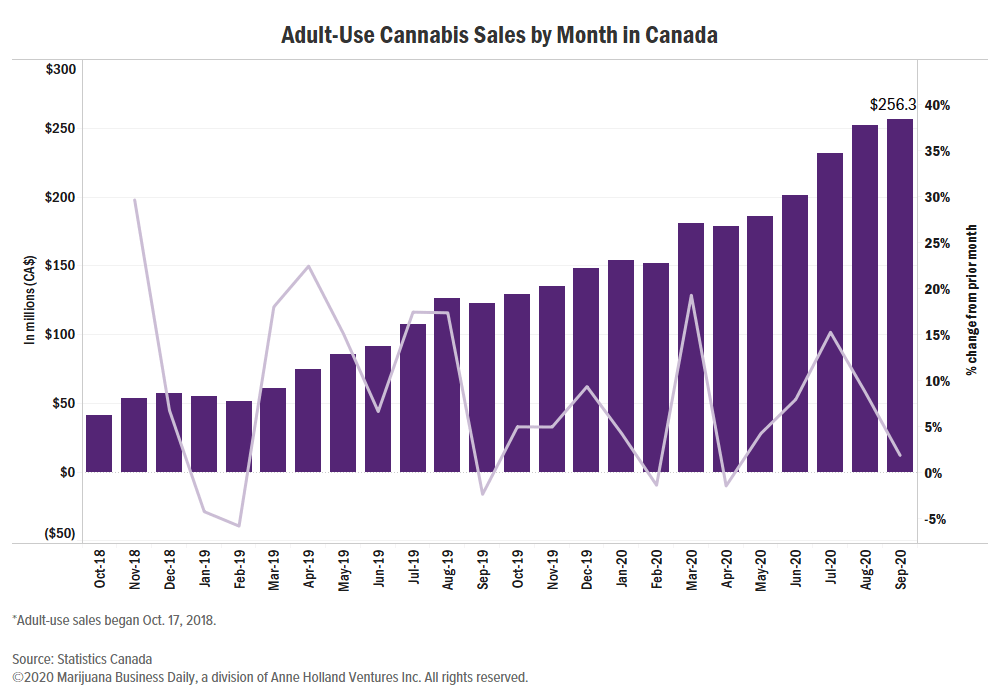 The largest monthly sales decrease in September came in Newfoundland, where sales fell because of a strike involving C-Shop cannabis stores.

In Canada’s other Atlantic provinces, monthly sales and growth were:

September sales in Yukon Territory totaled CA$698,000, and sales in the Northwest Territories were CA$387,000.

Statistics Canada did not release monthly cannabis sales figures for the territory of Nunavut.

The government data agency will report retail trade figures for October on Dec. 18.

Full sales data for September can be found here.