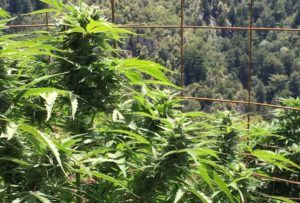 California outdoor producers told Marijuana Business Daily they hope the law will help them distinguish their outdoor products from the competition.

The designations of origin could become even more valuable if marijuana is legalized at the federal level in the U.S., allowing for legal interstate cannabis commerce.

If that happens, appellations such as “Humboldt-Grown” could help craft marijuana command premium prices from consumers.

Regional appellations could also pique the interest of other outdoor growers on the West Coast, including those in Oregon, Washington state and even British Columbia, Canada.

The U.S. Supreme Court declined to hear a 2017 lawsuit against the government that aimed to legalize marijuana at the federal level.

The suit, whose plaintiffs included former NFL player Marvin Washington and several medical marijuana patients, argued that the Schedule 1 prohibition against cannabis in the federal Controlled Substances Act is unconstitutional and sought a permanent injunction that would have prevented the government from enforcing the CSA as it relates to cannabis.

MJBizDaily takeaway: The failed lawsuit is in good company, joining a slew of other abortive efforts to federally legalize marijuana in the U.S.

Another lawsuit taking aim at the constitutionality of marijuana’s Schedule 1 classification was filed in May by a group of scientists and veterans.

Still, the failure of this case serves as a reminder that efforts to legalize through the courts are unreliable.

A legislative solution to federal marijuana prohibition might be more likely, depending on the outcome of the November election.

Value-priced cannabis flower has reshaped Canada’s recreational marijuana market this year, and now that trend is beginning to reach derivative products such as vape cartridges and edibles.

Retail prices for those products have mostly declined in key markets this year as competition increases.

MJBizDaily takeaway: Lower prices should help Canada’s legal producers capture more market share, but that might come at the cost of shrinking profit margins for some.

Aurora Cannabis has already shown that selling too much discount product can backfire, and the company is now revamping its portfolio to focus on premium brands.

Canadian cannabis producers will have to ensure that their production cost structures and sales mix are appropriate in a low-price environment.

In San Francisco, workers at a dispensary voted unanimously to approve a union-negotiated contract. Employees of a medical marijuana cultivator in Rhode Island also ratified a contract.

MJBizDaily takeaway: The unionization trend in legal marijuana markets shows no signs of slowing, and the UFCW says it now represents more than 10,000 cannabis workers in the U.S.

And unions say they can make good partners in workplace safety, product compliance and employee recruitment.

Working with unions might give marijuana companies extra political clout at the state level, according to a labor lawyer.

But that cooperation can come at the cost of business flexibility, which can be a challenge in a fast-changing industry.

In Italy, a new peer-reviewed study has found that increased availability of so-called “cannabis light” – high-CBD hemp flower containing up to 0.6% THC – is associated with a decrease in dispensed prescription drugs, including anti-anxiety medications, sedatives and antipsychotic drugs.

The researchers hypothesized that consumers could be using the hemp flower as a form of self-medication.

MJBizDaily takeaway: The research finding raises questions worth exploring for the American hemp industry and bodes well for players in the smokable-hemp market who might want to explore similar research in the U.S.

But heightened consumer interest in smokable hemp suggests a need for increased regulation, the authors of the Italian study noted.